Puck and games for everyone!

In January 2019 the coolest meeting of all times took place in Cologne’s RheinEnergieSTADION: The Rhenish rivals of the Cologne sharks and Düsseldorf EC invited to the DEL Winter Games for an ice hockey spectacle in a class of its own. As the exclusive marketing & communication agency of the Cologne Haie, iD supported the event from the very beginning to the sold-out stadium.

First, the KEC had to beat out some really strong competitors in the competition to host the event – and then find 500 volunteers to make the event possible on site. Both were mastered with the support of iD. The game itself was supported by an extraordinary campaign to attract around 50,000 visitors to the stadium.

The traditional feud between the two DEL teams goes back to the time of the Romans and the Germanic tribes. Therefore iD staged the two opponents in golden armour under the motto “GLORIA VICTORIA SIT” under a concise logo in the Roman-Germanic Museum. In order to boost ticket sales massively, a whole range of several hundred advertising media was developed, from large billboards to social media to the integration of the entire shark vehicle fleet. The result: a top-attended, incomparable fan spectacle. 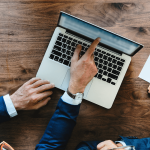 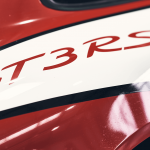