Come in, meet me, drive a cool car.

Nothing is impossible, especially when Toyota and the Cologne sharks join forces. Then you can also sink a 7.5 cm wide puck into a gate only 8.5 cm wide – and clear a Toyota C-HR Hybrid for over 30,000 euros.

Toyota introduced the super shot to the sharks home games, adding a real highlight to the encounters. iD developed the right campaign to promote the now very popular campaign.

Shark mascot Sharky has always been the coolest – so he’s just the one to land the super shot: In humorous film clips, Sharky proves that nothing is impossible. You could also practice with the folding flyer “Training Camp”, spots for the video cube of the Lanxess Arena rounded off the communication package. In addition, the challenge on the ice was extended online by a video challenge for home use, so that fans could also clear up with their own films. 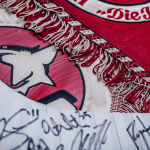 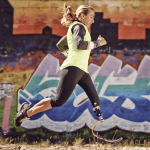